In Other Words Movie Night + Q&A

Please join us Sunday, September 27th at 7 PM for a screening of In Other Words followed by a live Q&A with alumni Cristina Nava and Patrick Perez at 8:30 PM. Proceeds support the UCLA Latino Alumni Endowed Scholarship Fund. 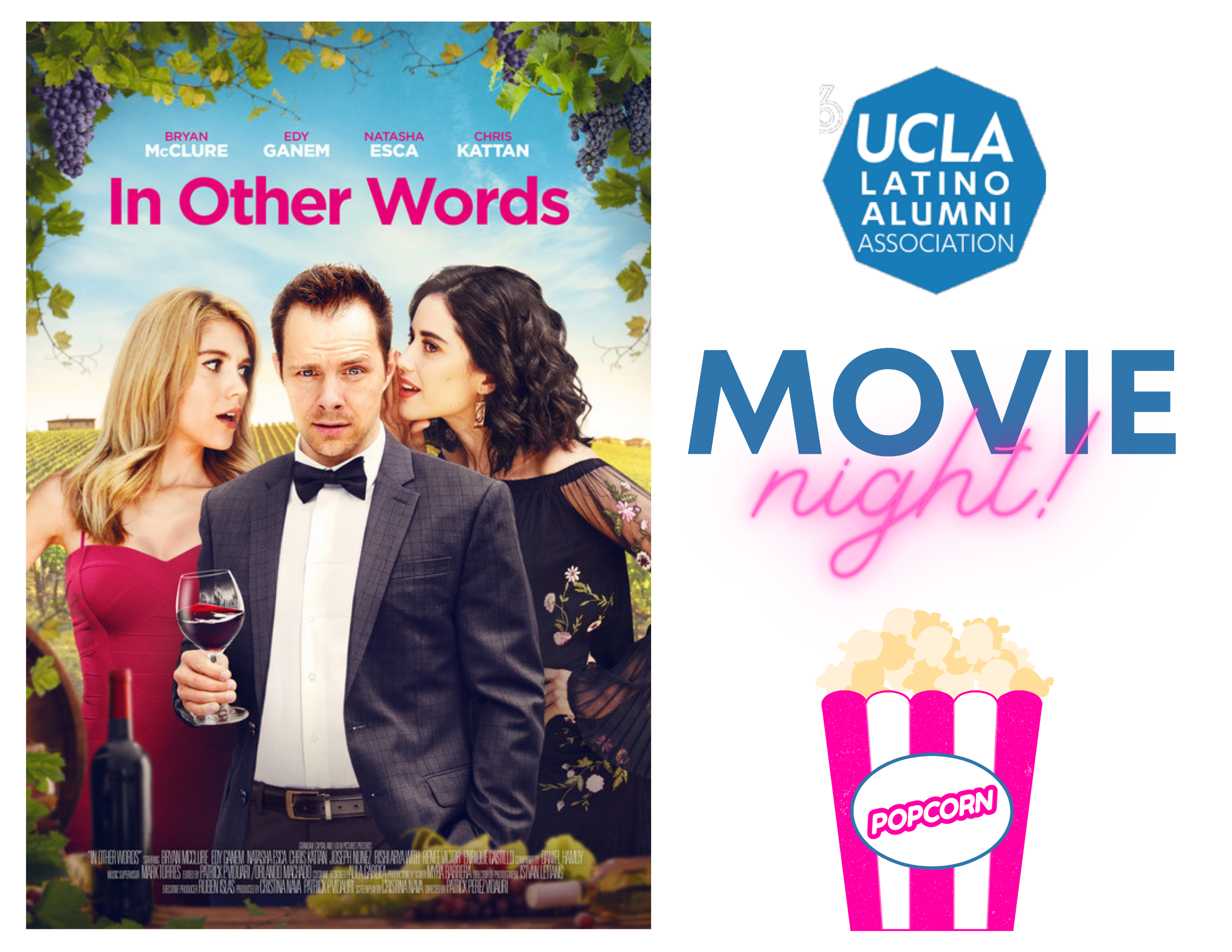 (Save money buying on a web browser instead of the app!)

Described as Like Water for Chocolate meets Sideways, this romantic comedy is inspired by the wine country in Baja California's Valle de Guadalupe.

In Other Words is a romantic comedy about a tech geek (Bryan McClure) who lands an investor (Chris Kattan) for his matchmaking app. But when his app matches him with a beautiful girl (Natasha Esca) who doesn't speak English, he travels with his buddies (Joe Nunez and Rishi Arya) to wine country in Baja California, Mexico to prove his algorithm isn't screwy. Victor Elizalde, President of Viva, negotiated the deal with Tamara Nagahiro of Grandave International, a subsidiary of Grandave Capital. In Other Words was produced by Cristina Nava and Patrick Perez Vidauri with Stanley Preschutti of Grandave Capital, Paul Poste, and Ruben Islas of Grandave Capital serving as executive producers.

Patrick was born in East LA and grew up in Hacienda Heights. He always knew he wanted to be a filmmaker and made movies growing up. He acted at Columbia in NY where he majored in Anthropology and specialized in post-classic Mayan Civilization of the Yucatan Peninsula.

Cristina was born in the US, but spent time in Mexico where her parents were born. Before pursuing writing and producing, and after UCLA, she taught middle school English, film production, and screenwriting. She has a MA in Education and emphasized using film as a form of visual text, combining films with novels to help students with reading comprehension.