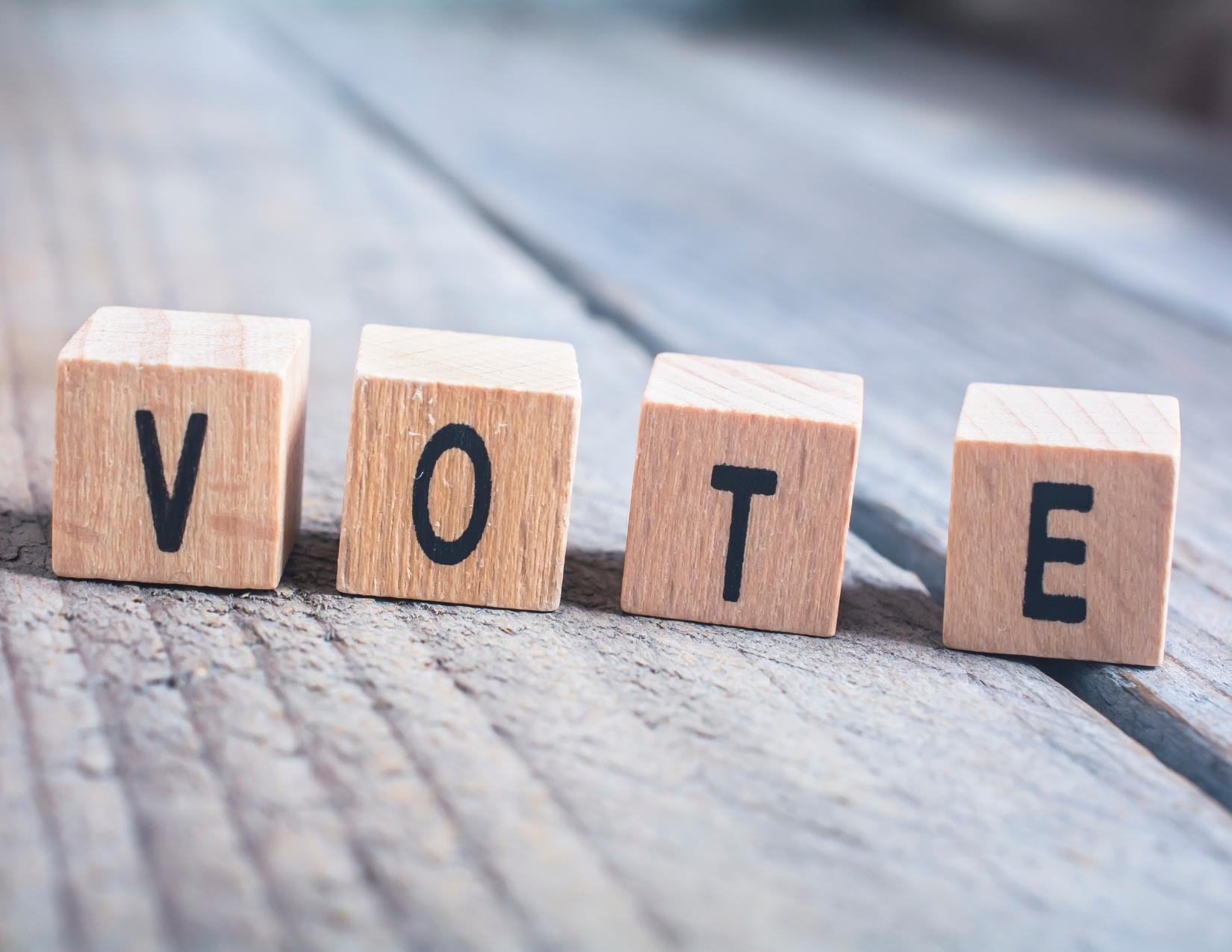 I began volunteering as a poll worker back in 2010. I never planned to volunteer as an election worker, much less continue to volunteer as one since. I remember turning up to vote earlier that year and I was shocked by the lack of civic involvement. Based on what I observed, 2010 was a stark contrast compared to the voter turnout for the Presidential Election of 2008. As I cast my ballot to vote, I noticed a flyer on the sign-in table calling for poll workers. I requested one. Everyone at the table was delighted. They even asked if I wanted to immediately write my information in the special section for people interested in becoming poll workers from the Roster for Registered Voters. I politely declined, but took the flyer and let them know I wanted to do a bit of background research first.

I took the flyer home then searched the website listed on the flyer. I felt nervous about the whole process. Looking back, I think it was the general state of the economy. I was 20 and jobs were hard to come by. The typical entry-level jobs employing young people were filled by middle-aged adults and senior citizens. The Economic Recession of 2008 had really taken a heavy toll on people all over the country. Many were out of work. In the apartment building where I was living, the majority of the one-bedroom apartments were occupied by multiple families avoiding homelessness. Some of the residents were new to living in low-income neighborhoods; they had lost everything, including their homes and small businesses. Despite my doubts, I decided to sign up as an election worker instead of sitting around and lamenting the lack of career opportunities. By getting involved, I thought to myself while filling out the application, I may learn something.

Over the years, I have learned that we all have the opportunity to contribute to our communities. We should all contribute what we can. There are many ways to make a difference. Nothing will change in our communities if we do not inform ourselves and vote. The voter turnout for non-Presidential or non-State elections is abysmal. I have worked in elections where fewer than 5 people turned out to vote. I have come across people that proudly proclaim that they don’t vote, and that it does not matter. They believe it changes nothing and they will not benefit from voting. I disagree. Simply because an issue does not affect you it does not mean that it will not impact your neighbors, families, and community. I cannot tell you how many times people think smaller elections matter less. These elections elect local school board members and community college board members. These elected board members have the power to decide where funding is needed, like after-school programs, meal programs, community resources, and programs to improve access to higher and technical education. For too long, the majority of voters have been too complacent or too busy to care. The current nationwide education problem is a byproduct of decades of infrastructure neglect. You cannot have a first-rate country without a first-rate public education system, much less competent government.

Serving as a poll worker is an eye-opening experience and an opportunity to interact with people from all walks of life. You never know when a skill might come in handy. Anything is possible on Election Day. The only constant throughout the day is that voting never stops, no matter what. Before Election Day, candidates that are selected as poll workers or inspectors and must undergo training and read through all required materials. I have found that it is best to review all reading material at least one week prior to Election Day. This makes it easier to support other poll workers or new inspectors and defend voters when their right to vote is being challenged. Ideally, an inspector will visit the polling center to become familiar with the layout and make the necessary arrangements to ensure access on Election Day. A good inspector should also call before Election Day to confirm attendance, the specific location of the polling center (since some locations are large public institutions like universities). However, this advance work by the inspector is not always possible due to last-minute changes.

Each Election Day begins early. Poll workers begin gathering before 5:50 a.m. and wait for their inspector. The expectation is for everyone to arrive by 6 a.m. Usually, everyone waits outside of the polling center, meeting each other in person for the first time, waiting for a call from their inspector. After the inspector arrives, everyone uploads voting equipment and supplies from the inspector’s car, carrying everything into the polling center. Within that crucial hour, everyone has to work together to assemble and test equipment. Polling booths, voting machines, and check-in tables must be up and ready to go by 7 a.m. when the polls officially open for voting.

There are slow and rush hour periods. On occasion, problems may arise. No matter the situation, it is important to remain calm in order to find a solution and allow the voting process to continue. The last major election period was filled with many technical and logistical problems due to major changes for voters and poll workers. Now, the setup does not occur on Election Day, but on the first day of the voting period. Election Day now marks the last day to vote. Despite the changes, the responsibilities of poll workers remain the same. The objective is always to allow people to exercise their right to vote.

One observation I have made over the last decade regarding the deficits in the system is the lack of sufficient bilingual poll workers. Oftentimes, I find that I am the only proficient Spanish-speaker for my precinct, although recruitment has slightly improved. Most poll workers tend to be middle-aged to senior-aged adults. I have noticed that senior citizens take great pride in exercising their right to vote. Some of these senior citizens are voters with disabilities; they will come in with their walkers, oxygen masks, wheelchairs, or escorted by their caretakers to cast their vote in person. For this election, however, it is absolutely essential that young people volunteer as poll workers due to the COVID-19 health risks for senior citizens.

The key to a smooth day is providing quality customer service and good communication. The goal is to make the process as smooth as possible by processing voters quickly and efficiently. Throughout the day, poll workers and inspectors assist people with checking in, the voting process, and any other questions or concerns. In addition, everyone has to work together to ensure that proper procedure is being followed and to report irregularities such as electioneering and open campaigning at polling centers. Election workers also have to make sure no one steals ballots or polling center supplies. Sometimes, there are several voting districts or precincts housed at the same location. Despite being located in the same place, they operate independently. All poll workers must ensure issued ballots are cast at the same precinct where they were originally issued. Mail-in ballots are the exception as they can be handed in at any polling center or precinct.

As I have previously mentioned, anything can happen on Election Day. People will sometimes forget their personal belongings-- identification cards, bill receipts, glasses, teddy bears. Usually, people return to retrieve them, but not always. Please don’t forget to check your voting booth before casting your ballot to make sure you have all your belongings.

Some voters are so joyous and outgoing that they can energize the people around them. A few voters have danced their way through the polling center. On the other hand, other voters seem agitated, eager to express their eccentricity. As a poll worker, your job is not to react to people, no matter how outlandish (i.e. candidate x is an alien from outer space, the latest trending conspiracy theory, fill in the blank). As long as a voter can tell you their name, address, and sign the register, they must be allowed to vote. In some cases, it is necessary to remind voters not to voice their political opinions while inside the polling center in order to avoid altercations between voters. By the end of the day, all voters in line before 8 p.m. are processed, then everything has to be quickly disassembled, all ballots accounted for including damaged ballots. Inventory must be conducted for all equipment, supplies, and ballots. Everything is packed followed by a quick walk-through of the area to ensure the area is left clean. Polling centers are lost when left in an unacceptable condition or damaged since polling centers are usually spaces that organizations or property owners (some polling areas are homes or businesses) have volunteered to the local community for use. The day ends after the inspector, along with another poll worker, drops everything at the collection site for processing. After the official Election Day ends, everyone who worked together go their separate ways.

Throughout, the years I have met interesting people. I never imagined that I would have the opportunity to informally learn about other professions or careers by working alongside other volunteers as a poll worker. I have met an architect, a retired actress, a park recreation worker, a librarian, as well as people planning a new career. Most of these people have been kind enough to share life wisdom. If you can, please consider volunteering as a poll worker for this election to protect our senior citizens, or even in future elections! They all matter. Please don’t forget to vote!